10 temples to check out on a first-time trip

Angkor Wat, as CNN stated, " can be a bewildering ordeal". With a history so long, a complex so massive, styles so various, and your time so precious, pick the best ones that you wouldn't want to miss for this first-time trip to Siem Reap.

First thing that you might need to know about Angkor Wat is that IT IS REALLY BIG and clearly 2 days is just not enough to cover all the temples. The entire site can be sectioned into basicially 3 main areas, the biggest one of which is the cluster of Angkor Wat, Angkor Thom, Bayon, and Ta Prohm. For most travelers, the first day in Siem Reap will be spent on these four major sites and there are some secret corners at each section that are not on everybody's list. Scroll down to find out the 10 best temples of the entire Angkor Wat Archipelago Zone. Our exclusive tips will help you plan, too. 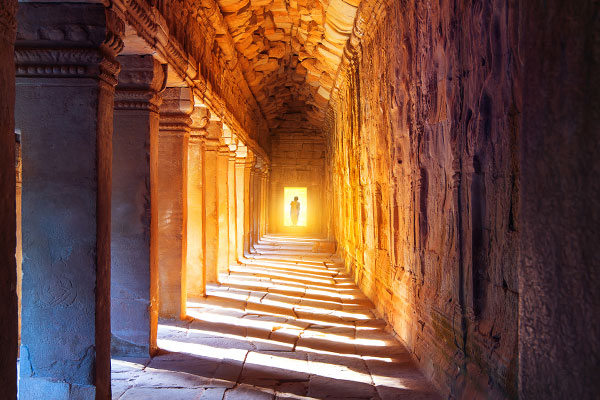 Angkor Wat is an incredibly massive combination of mountain, moats, towers, libraries, and galleries. Originally constructed for the Hindu god Shinu, it has been gradually turned into a Buddhist worship center by the end of the 12th century. iAs a sparkling gem of Khmer temples, If you'd take one temple in depth, this would be it.
Quick Guide: 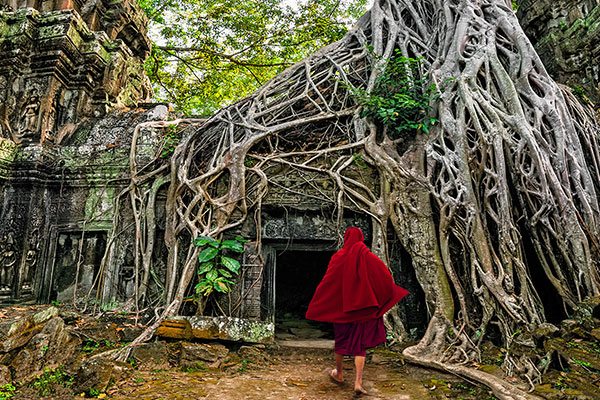 Picture yourself as a tomb raider on a mission. Dusky, shady, humid, birds twittering, gigantic trees crawling out from the walls, and scattered stones all over -- the surreal atmosphere makes Ta Prohm one of the most visited sites among visitors. The fun here is rather finding your way out from the maze of the dense jungle.
Quick Guide: 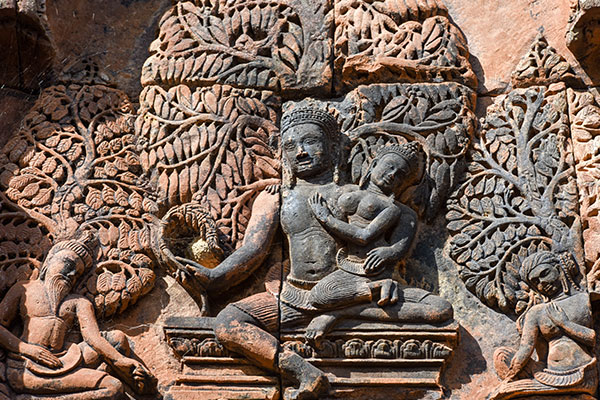 Largely constructed out of red sandstone, Banteay Srei is the masterpiece of Khmer-style temple edifices. As the only temple in Angkor Wat that wasn't built by a monarch, Yajnavaraha, a counselor to king Rajendravarman II, built this beautiful temple for Shiva. Smaller in scale, but more interesting details.
Quick Guide: 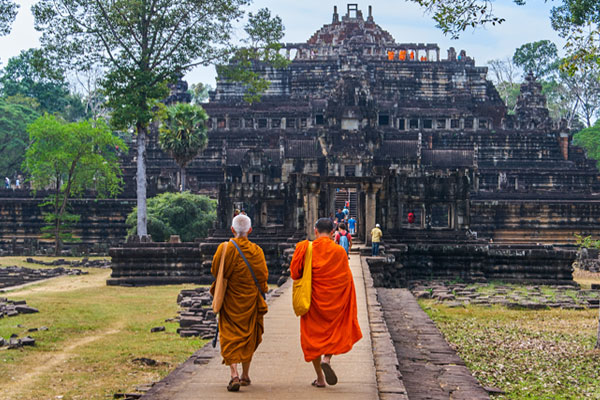 Known as the mountain temple, Baphuon Temple's most distinctive feature is its intricate carvings covering every surface. Originally built as a Hindu temple dedicated to Shiva, it was converted to a Buddhist temple by the end of the late 15th century and becomes the most worshiped site in Angkor Wat. Its pyramid structure is meant to represent Mount Meru, the most sacred mountain in Hinduism.
Quick Guide: 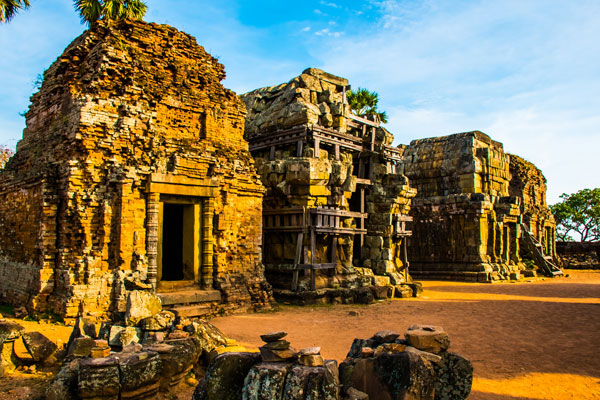 Set on the mountain of 140 meters, this temple was built for the Hindu gods Shiva, Vishnu, and Brahma. Local legend has it that the monkey general Hanuman exposed all the rocks in a hunt for medicine in the Ramayana epic, thus a rocky steep climb up to the top.
Quick Guide: 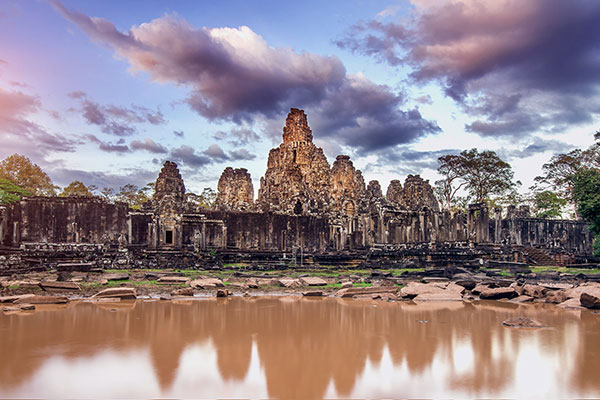 As the most photogenic spot of Angkor Wat, Bayon Temple is widely known for the mysterious smiling faces carved in giant stones set on the upper terrace and cluster around its central peak. Facades around the entire site present an interesting which present a combination of mythological, historical, and mundane scenes.
Quick Guide: 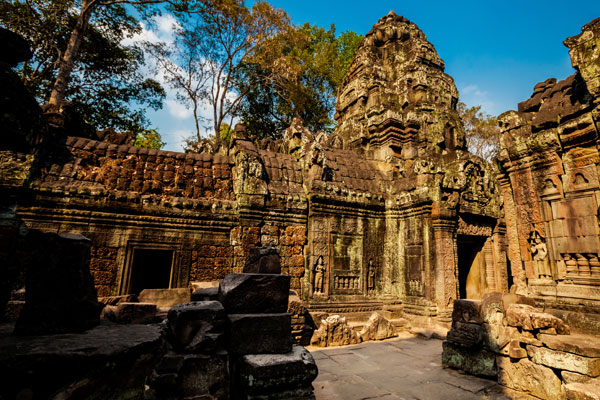 While Ta Prahom can be oftentimes flocked, some discerning travelers and photographers alike resort to Ta Som for its tranquilness. This temple consists of one shrine surrounded by enclosure laterite walls and was dedicated to r Dharanindravarman II the father of King Jayavarman VII. Left largely unrestored, little work had been done here until the 1950s, ensuring a more otherworldly atmosphere.
Quick Guide:

Among all the constructions within the first loop of the Angkor Wat Complex, Banteay Kdei might have the least information for its original constructional plan and purpose. It might have been a monastery judging by the name "Citadel of Monks' Cells". Its evolved style of Bayon and Angkor makes it stand out.
Quick Guide: 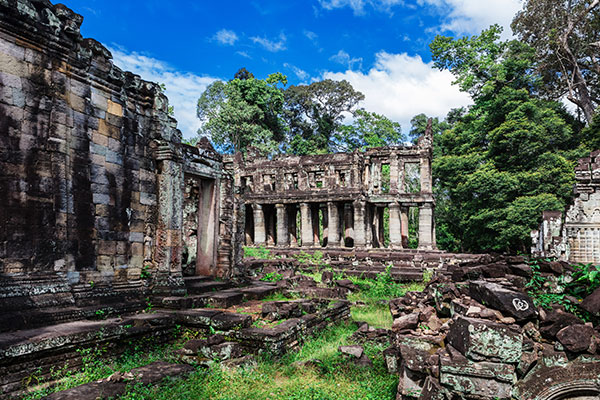 Literally meaning "Holy Sword", Preah Khan Temple was an extensive monastery, temple, galleries, library, and hall complex built on the site of Jayavarman VII's victory over the invading Chams in 1191. Some of the sculptures are removed for safe-keeping and the remaining ones blend perfectly with the massive tree roots and nearby waters.
Quick Guide: 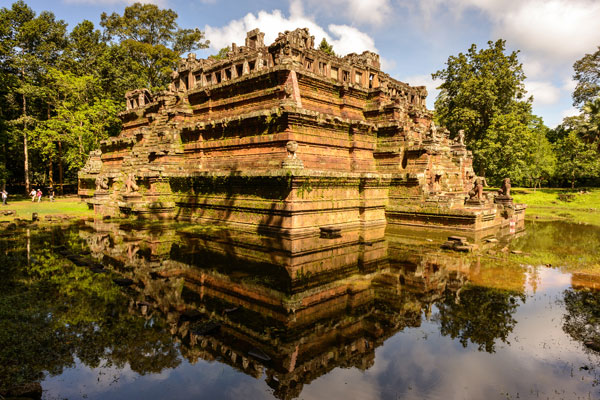 Built inside the walls of Angkor Thom, this late-10th-century focal point of Suryavarman I's capital. Not many visitors around but the reflection of this three-tiered pyramid-shaped temple over the small pond creates a pretty mysterious atmosphere, especially during the evening.
Quick Guide:

Start Planning Your Trip to Cambodia

Contact an expert in Cambodia that will support you 1-1 from the initial chat, itinerary design, and even on the trip.

< Cambodia
Inside this page...