Avoid the crowd and extend your visit

Among all the temples in Angkor Wat, some remain off the tourist radar. Being less-crowded and still amazing in their own ways, we have 7 best temples for you to extend your visit up to 3 days.

7 Temples to Extend Your Adventure

The tourist pass for the Angkor Wat Complex is valid for 1 day, 3 days and a week. And most travelers spend 3 to 5 days in Siem Reap. For those who have finished the 4 major temples, namely Angkor Wat, Angkor Thom, Bayon and Ta Prohm within 2 days, these 7 temples come and bear special prespectives of the splendid Angkorian charm. 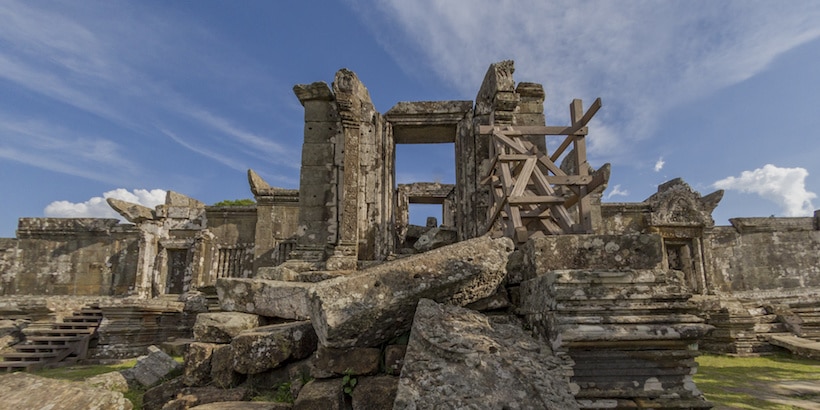 Situated at a 525-metre cliff in the Dângrêk Mountains, 3 hours westbound from Siem Reap, Preah Vihear Temple Complex is not exactly little-known. Quite on the contrary, its reputation comes from both the lengthy dispute over ownership between Thailand and Cambodia, and it’s massive, astonishing, and unique style as an ancient Hindu temple dating back to the 9th century.

It takes 3 hours of driving for one-way, involving serve turns ascending towards the mountaintop. Although you may find cheap join-in transfers or tuk tuk drivers offering driving and guiding, we'd suggest a private tour service as it's a lot safer and much more comfortable. There are no decent dining places nearby, so pack a lunch box and some water to go. 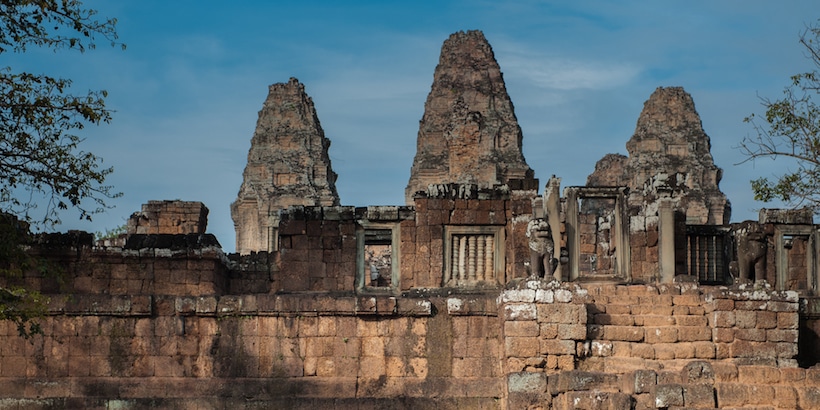 Imagine yourself standing over the vast expanses of water in East Baray reservoir (now dry) while local pilgrims are worshiping in the palace temple of Phimeanakas. This was the original view back in the 10th century when East Mebon and Pre Rup were constructed for Shiva and honoring King Rajendravarman's father.2-meter-high free-standing stone elephants at corners of the first and second tiers of East Mebon and elegant carving depicting rulings of the Hindu gods Indra and Shiva are its best features. Amazing sunset view also makes you linger after dusk. 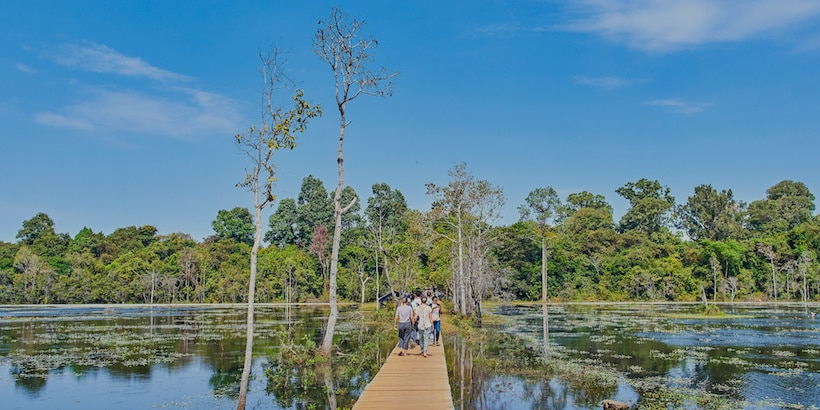 Back in the second half of the 12th century, this temple was built for medial purpose: bathing in the water helps retain body elements and cure diseases, derived from the ancient Hindu belief of balance. Associating with Preah Khan Temple, the Buddhist temple Neak Pean is situated on a circular island in Jayatataka Baray. Water here is believed to represent the Himalayan lake Anavatapta, whose water cures all illness. Along a wooden pathway, travelers can get to the small pagoda in the central pond; a pretty breezy walk in a sunny day. Recommended for families and outdoor lovers.

The associated temple of Preah Khan is just a tad outside the grand circle of the complex, which is 10 minutes northbound of Angkor Thom. To avoid the crowds and mid-day sun, better to visit Preah Khan and Neak Pean in the morning and proceed to Angkor Thom in the afternoon. Or link up with Ta Som and East Mebon. No railings on the wooden pathway, parents should keep an eye on the children. 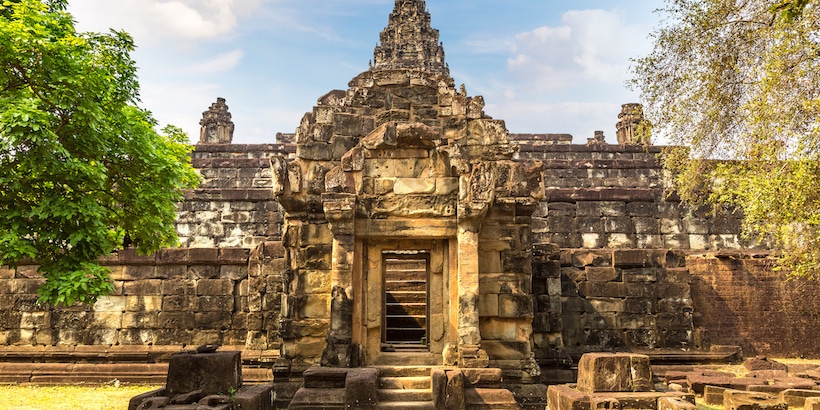 Located in the modern small town of Roluos, 13km east of Siem Reap, the massive cluster of monuments representing the remains of Hariharalaya is the masterpiece that is surprisingly little-visited by tourists. The town used to be the royal seat of Hariharalaya, the first capital of Khmer Empire and Roluos set the tone for temples since the late 9th century. Roluos Group houses various construct styles, the most impressive of which is Preah Ko style that is known for small brick towers -- usually three in a row as a set perched on a sandstone platform, and delicate lintels. Early-morning sunlight is exceptional for photography on its east-facing facades.

No muss no fuss, you will easily waste an entire morning here, especially when you are a photographer. Besides Preah Ko, the feature-full layout of Bakong, walls engraved with Apsara sculptures of Lolei are both quite photogenic. It's in a triangle direction with other temple clusters and Siem Reap town, thus we'd suggest returning back to your hotel afterwards and set out for sunset at East Mebon (20 minutes northeast). 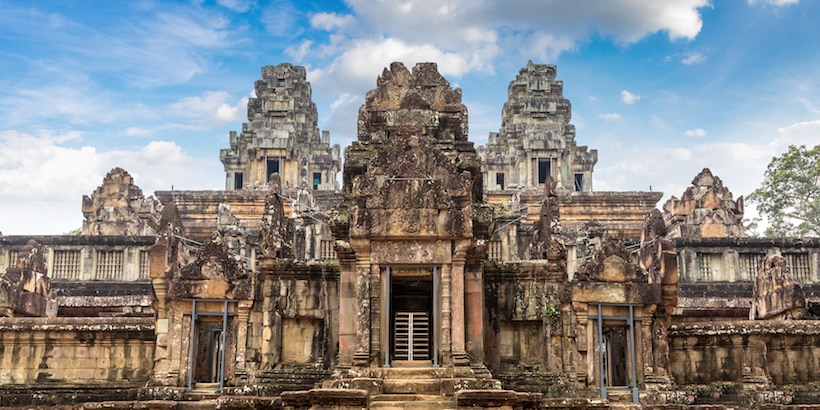 Built up in epitome of the sacred mountain Mount Meru, the five-tier pyramid-shaped ziggurat of Ta Keo. A lightening stroke the construction and everything halted -- lightening is always a bad omen. This edifice dates back to the 11th century and is dedicated to Shiva as the state temple for Jayavarman V. No documents for why the temple was never finished. Its lack of carvings or decoration can be noticed immediately, which is the most distinctive feature of the rarely-seen Khleang style. Despite being shy of dainty ornaments, its five sanctuary towers set on the top make it one of the less-crowded places for sunset viewing. Recommended for photographers ( but not for families with small children or travelers with mobility restrictions).

A bit away from Angkor Thom, Ta Keo is less-trodden mainly because of its sheer and dangerous-looking stairways; it might be easy-peasy to climb up but getting down requires certain tactics and good body balance, especially during the rainy days. Angkor Thom and Ta Keo, as well as the nearby temples of Ta Nei, Preah Khan, East Mebon, and Pre Rup would make up a perfect adventure trip. 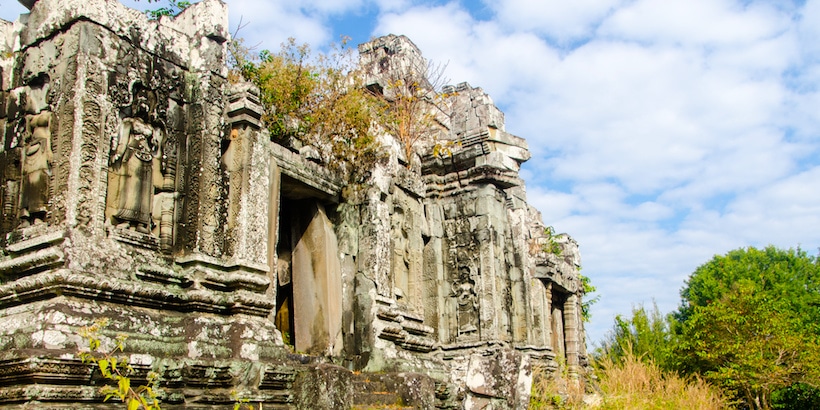 Northeast 25km from Siem Reap, Phnom Bok is not actually a temple per se, it's one of the "trilogies of mountains", the other two of which are Phnom Bakheng and Phnom Krom, all similar in style. Phnom Bok Temple is situated atop at an altitude of 221 metres, dedicating to three Hindu gods: Shiva, Vishnu, and Brahma. This Bakheng-style temple was constructed by King Yasovarman I in the late 9th and served as the supreme in the Angkorian era. No parking lot for big tour buses, the temple is satisfactorily secluded. Clasped gigantic rocks, fallen walls and pillars, shattered galleries and lentils are all setting asunder, forgotten by the outside world. A climb on its 633 wide steps up to the top promises spectacular views of the surrounding areas and the Tonle Sap Lake.

Being in the same direction as Banteay Srei, an early start smooths your day trip towards these two amazing temples within one day. The better way is to take a private tour as no regular buses and quite a few tours stretching there. There are some non-Apsara soldiers/securities guarding the site, as its location is military-valuable in recent days; they will be happy to show you around but there's quite little narrative needed and you may just want some time alone playing some tomb raider scenes. 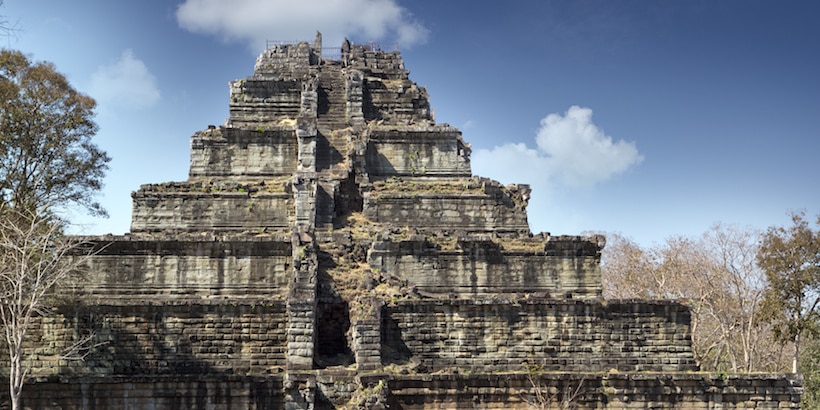 Want to release your inner Indiana Jones? Drive out 120km from Siem Reap, to Koh Ker, the capital of the Khmer Empire from the year 928 to 944 AD. Built by King Jayavarman IV in the early 10th century, Koh Ker Temple used to be a cult site that was solely dedicated to the linga-cult, which is an ancient sect of Hinduism centered on the god Shiva. In the particular cases of Koh Ker and the Kulen Mountain, Shiva was worshiped in the form of a lings, a phallic symbol carved in giant stones. More than 180 sanctuaries were discovered in a protected area of 81 square kilometres (31 sq mi) but only a few of them are accessible for tourists and the rest remain hidden in the dense jungle. For outdoor lovers, families with young adults, and adventurers, nothing tickles their pink than this forest-filled lost realm.

Better set out early and use a private tour services, optionally combining with Beng Meala (which also requires separate entrance fee of USD5/person).

Start Planning Your Trip to Cambodia

Contact an expert in Cambodia that will support you 1-1 from the initial chat, itinerary design, and even on the trip.

< Cambodia
Inside this page...