Something important to bear in mind before your trip

Heavily influenced by Buddhism and relatively recent British, sharing much in common with its neighbors, developing branches on its own, Burmese culture itself is an infinite treasure trove. Learn about the taboos, dos and don'ts before your trip to this amazing country.

As impossible and unnecessary to elaborate the origins and evolutions of Burmese cultures as it is, you, as any foreign traveler would need is to simply grasp the cultural key elements. Also, we will introduce you the way to conduct in different aspects. 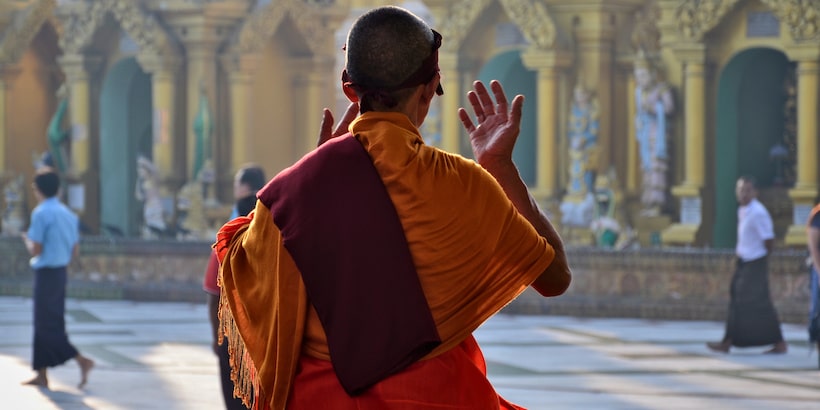 Theravada Buddhism is prominent while Nat worship is practiced in some hill tribes and smaller cities. Burmese people believe that only by minimizing material desires and doing good merits can one be truly enlightened.
Daily worship, monastic life, becoming a monk/nun at least once in a lifetime, these are the basics. Besides these, good merits come in various forms: building up or gold-layering up pagodas, donating to temples or religious events, offering alms, becoming a monk/nun and helping out anybody in need and etc. 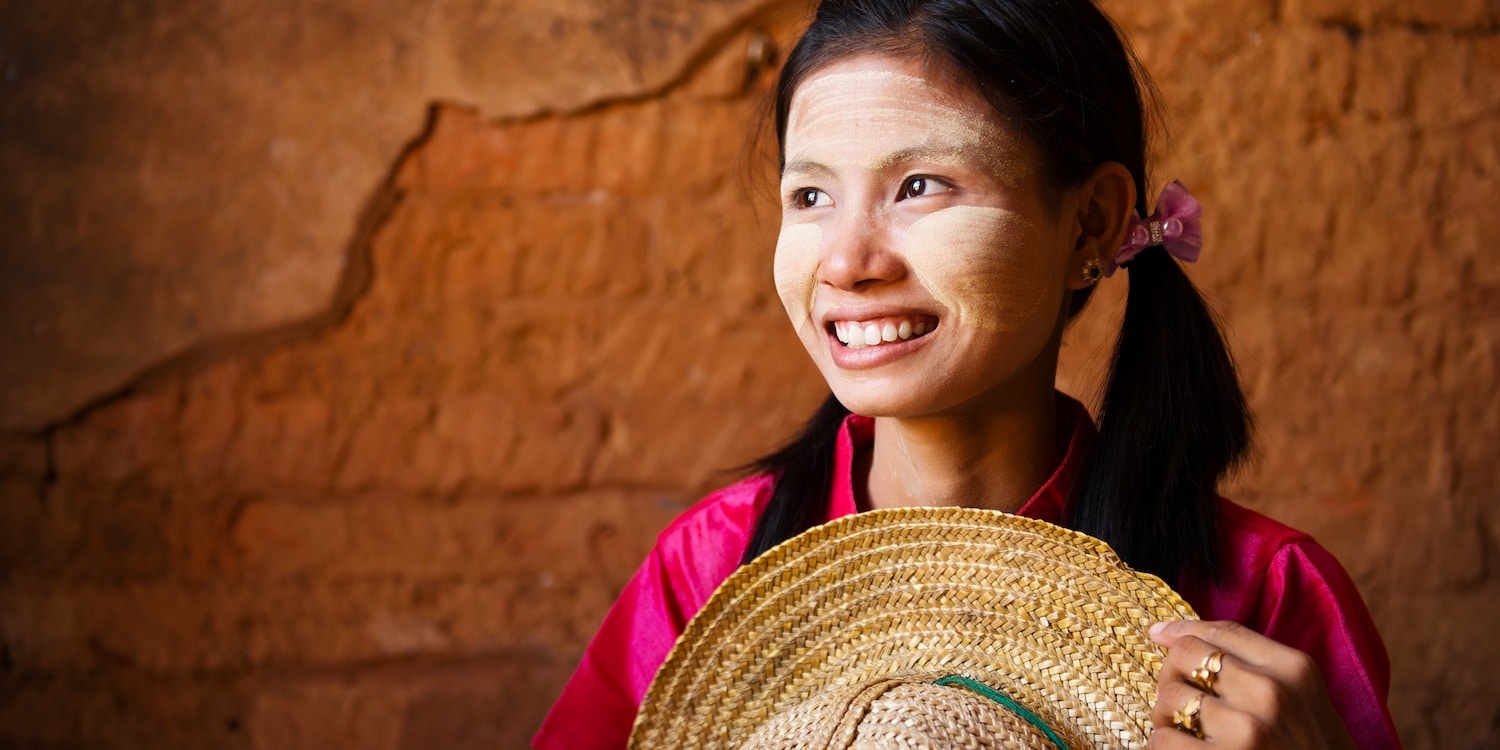 Because of their hpon (PONE, or spiritual status in Buddhism concept), men always have a higher place than women do. Becoming a monk is mandatory for men: once at a young age of 7 years old and the other one (which will likely lead to lifelong) is when he's accomplished his earthly goal: raising up a family. For women, entering a nunnery is a choice while some less-privileged families would send their girls to the nunnery for food, medical care, and education.
Inside a Burmese house, men are the householders who turn in all incomes to their wives. Seniors, regardless the gender, always take the most important seat but normally have no say in big decisions. It's common for up to 4 generations living under the same roof.

Ethnic Minorities and Their Lifestyles 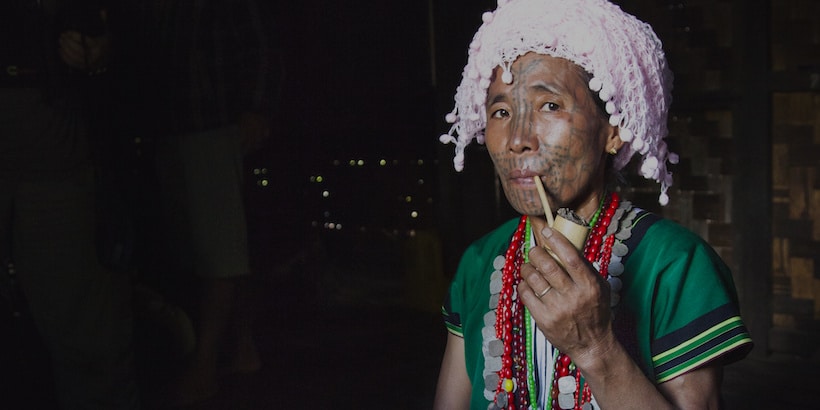 Myanmar is Southeast Asia's most ethnically diverse country and there are 135 distinct ethnic minority groups. Bamar, Chin, Kachin, Kayin, Kayah, Mon, Rakhine and Shan are the eight major national ethic races. Other 100-some smaller ethnic groups scatter mostly in the northern hills and the western border. There is a remarkable portion of ethnic minorities that are former refugees from Tibet and China; today you can also encounter some traveling Thai who take home seasonally in Myanmar and work along / for the locals.
These ethnic minority groups and their fascinating lifestyles and cultures never cease to inspire travelers. To make your own encounter, one might consider hiking trips to the mountainous areas; homestay would be even better. 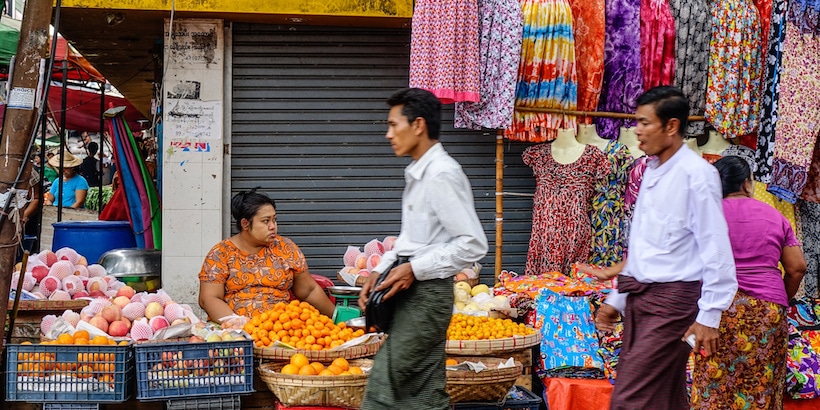 Don't be surprised to see your driver in a long dress and flip-flop! The most distinctive thing about clothing in Myanmar is that all men and women wear a skirt -- Longyi. Longyi is traditional daily wear that is a long sheet of cloth wrapped up on the bottoms. Burmese wear flip-flops everywhere they go, either to the market or at a formal meeting. Younger generations normally wear T-shirts, jeans and sometimes sneakers. Hint: some T-shirt and sneakers would make great gifts for local kids.
The basic idea is to cover the skin as much as possible, even when you are on a beach. Locals wear T-shirts and jeans while going swimming. Although you don't have to do the same, bikini or even worse nude sunbathing will not be well received.
Local females don't usually do heavy makeup. The only, also most popular, makeup for Burmese women is Thanaka paste. This yellowish-white paste is made from ground bark, using as sunscreen, acne treatment, and skin softener. 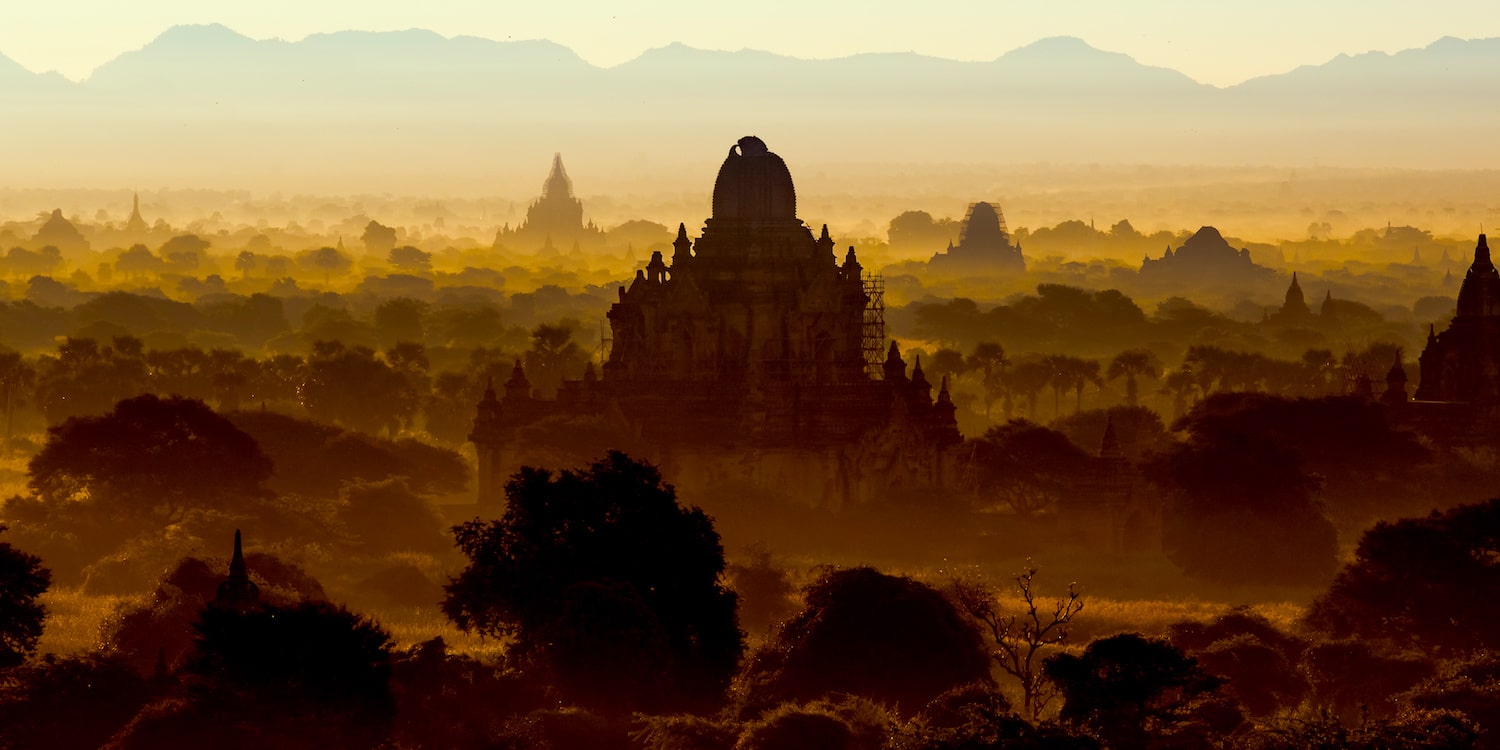 Besides all mentioned above, there are some miscellaneous tips for travelers to Myanmar:

As fascinating or astonishing as it might sound, Burmese cultural dos and don'ts provide you different perspectives on the country and its people. Nevertheless, trust us, you will LOVE it! Time to explore more! Talk to our team for more first-hand guides and tips.