15 days with the best shots and experiences

Photography-focused yet also great for travelers in general. We will take you to all the places that you've seen on TV, magazines or postcards. Preserve Myanmar's charm through your lens.

Why You'll Love This Trip

This tour is designed based on our travels and only the sites and experiences that excite us are written down. However, review it as a suggestion and it can be customized to your own taste.

The easiest way to get to Mandalay is flying from Bangkok or Chiang Mai, daily departure and afternoon arrival. You will see our private tour guide and driver waiting for you upon arrival.

Transfer at ease to your hotel. Free at leisure for the rest of today. 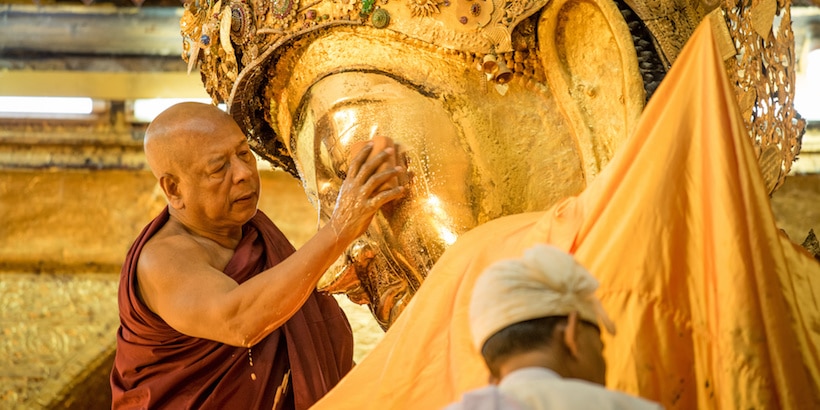 Day-02 Life and Faith in Mandalay

Early in the morning, we will step into Mahamuni Pagoda where a face-washing ritual is ongoing. The head monk will cleanse the face of the Buddha image with towels, which will be later distributed to local villagers as fortunate items to bring home. This is a great chance to capture Burmese’ religious life.

Return to your hotel for breakfast and a short break.

We will set off later in the morning towards Mahagandayon Pagoda, 40 minutes of driving outside of Mandalay. Monks and nuns at all rankings and ages will gather around for lunch offered by the locals. Considering such a big crowd of over 1,000, it is quite astonishing that nobody is making a sound. We will need to stay outside the yard and observe quietly. Photo taking is allowed.

You will head back to Mandalay in the afternoon. After a couple of hours resting at your hotel, you will have another photo opportunity at the top of Mandalay Hill overlooking the entire city. 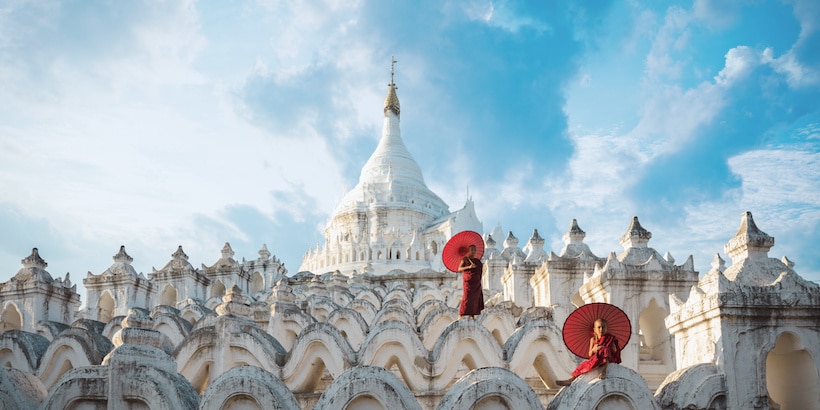 As a former ancient capital, sadly Mandalay only has a handful beautiful remains due to wars and earthquakes. More highlights lie around its outskirt and today we will venture to the ancient capital of Mingun,

Known for the large bronze bell, however, today we are headed to the beautiful white pagoda, Hsinbyume Pagoda. For photographers or any traveler if interested, we will have some local novices modeling for you on the terraces of the pagoda.

Venture to Inwa. Here we will have a chitchat with a young monk at Bargaya Monastery. Unlike some monasteries in Mandalay city that are basically tourist attractions, Bargaya Monastery has been the country’s major Buddhism institute for over 200 years. Exchanging opinions about faith and life with the young monk would be quite a story to bring home.

After lunch, we will get to Amarapura, another ancient capital at the Konbaung Dynasty. The teak wood bridge, U Bein Bridge is the town’s icon. Take a private boat to get a close shoot at sunset.

Return to Mandalay before dark. 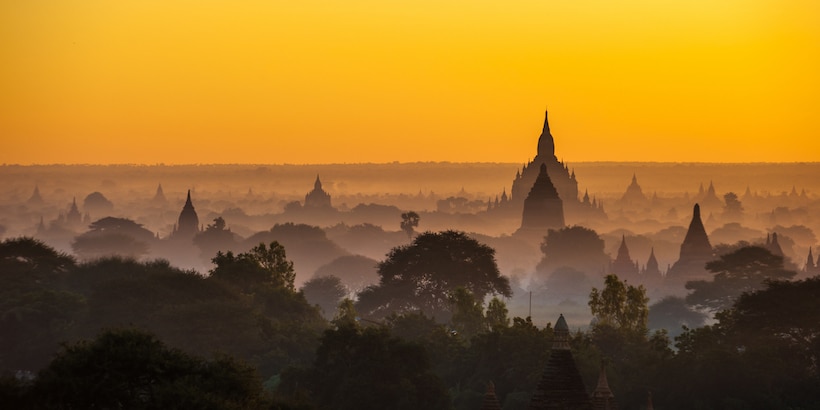 Day-04 Mandalay to Bagan (by air), Bagan Temples at Night

An early morning flight takes you to Bagan. Transfer to your hotel and free at leisure.

In the evening, you will be taken to the pier and board a private boat on the Irrawaddy River. As night falls, locals are heading back home from work, fishermen are collecting their nets and the boat ride eventually takes you to some less-visited temples in Bagan. Few tourists venture here at night and now you own the entire place to yourself. Set up your tripod for some nicely illuminated photos of the pagodas. 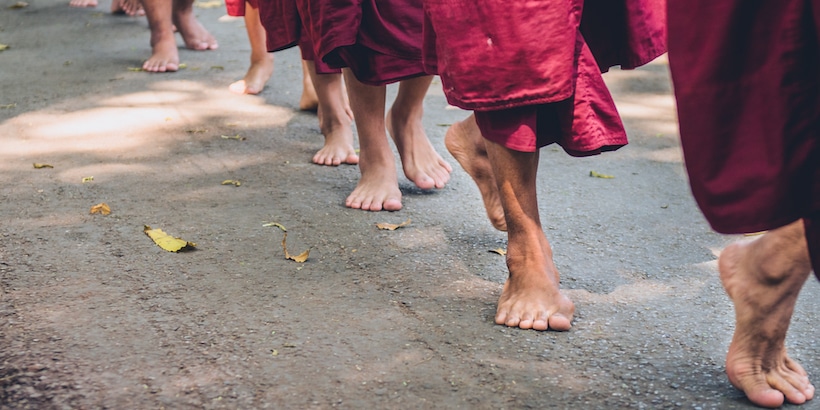 For the three whole days you are in Bagan, we will arrange sunrise watching, balloon watching and other activities based on your interests. We have some local friends, including villagers and monks, who are happy to model for you. 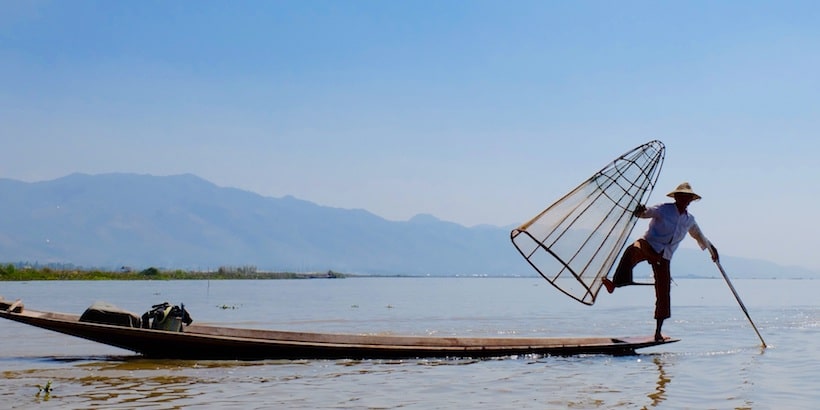 Take an early morning flight to Heho, the airport town of Inle Lake within 2 hours of driving. Check in your lakeside resort and free at leisure.

Inle Lake is much cooler than other areas in Myanmar. An afternoon boat trip takes you to the nearby floating villages, floating gardens and fishermen controlling their boats with one leg can be seen as you navigate on the lake.

A sunset photography opportunity awaits as a couple of fishermen posing for your lens. 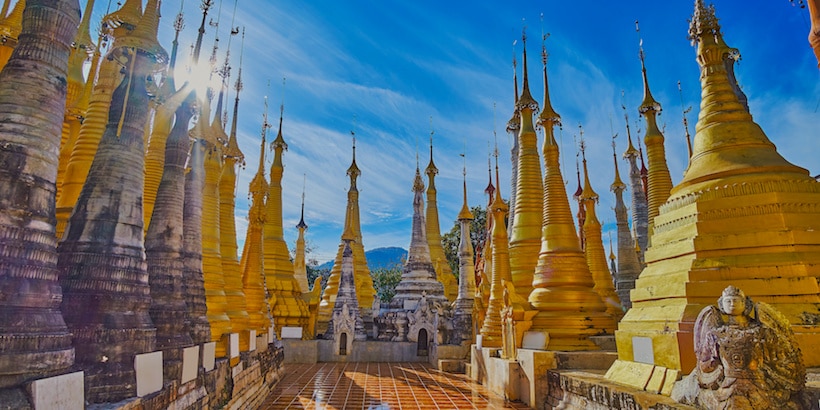 Countless upthrusts of stupas springing out of water and ground, making the site of Indien a forest of mini pagodas. Today you will take a boat trip there for morning photography.

Return to your resort and spend the rest of today free at leisure. 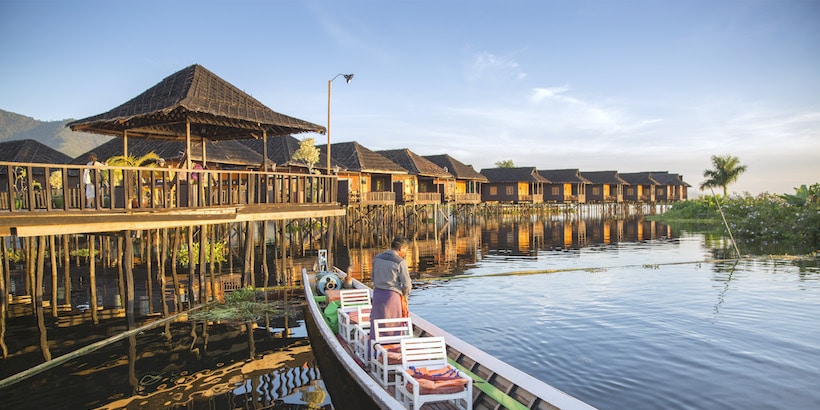 For the three whole days in Inle Lake, we can arrange biking tours, more photography or village visits upon your request. 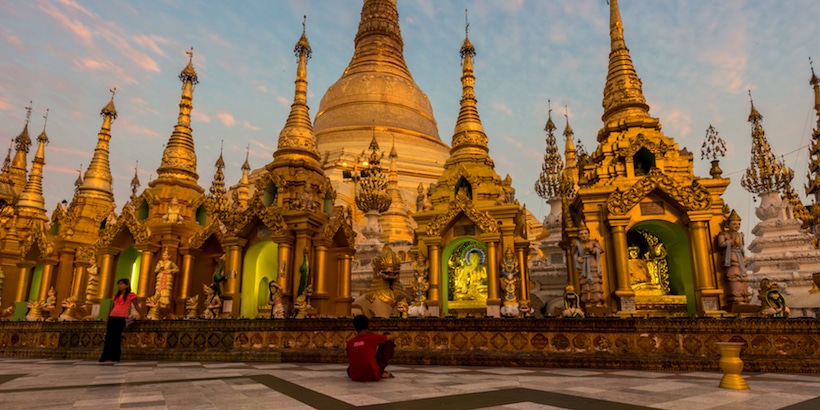 An early morning flight will take you to Myanmar’s largest city, Yangon. Check in your hotel upon arrival. Free at leisure till lunchtime.

After lunch, you will saunter along the colonial area lined up with a bunch of historical buildings while your tour guide introduces the changes over the years. Later, join a relaxing high tea at the time-honored historic hotel The Strand.

As the sun is setting, we will get to the landmark Shwedagon Pagoda, which is especially beautiful at nighttime. 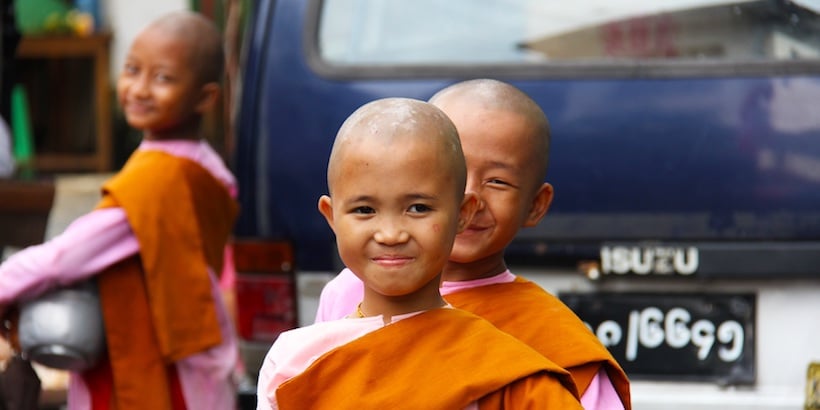 This morning, hop on Yangon Circular Train and roam around the city. Such an out-of-date slow train is the locals’ primary choice of transportation and a ride grants you the chance to observe different social classes all in the same cargo. We will stop at a local market and walk around.

Return to your hotel after lunch and free at leisure.

Transfer to the airport for your onward flight out of Myanmar. End of our services.

Photography is pretty much at the mercy of the weather. For this specific trip, we would recommend the time during September to December. Despite the chance of typhoons or heavy rain, it is more likely to get awesome lightings. We will wait for more of your ideas.

Why You'll Love It
Detailed Itinerary
Create My Trip

Why You'll Love It
Detailed Itinerary
Create My Trip