Top Things to Do in Myanmar

Essential experiences not only for first-timers

During our many visits to Myanmar, the country's diversity always draws us back for more: beautiful landscapes, glittering pagodas, fascinating lifestyles and super friendly people... and we want you to feel the same.

Why You'll These Ideas

Being one of the most isolated countries in the world might be part of Myanmar’s charm. Everybody wants to see what’s underneath its exterior after years of struggles for democracy. We’ve spent a fortune on airfares flying back and forth between Bangkok and Yangon only to be astonished by its ever-changing enchantment. Now we can say you should never miss these experiences while you are in Myanmar. 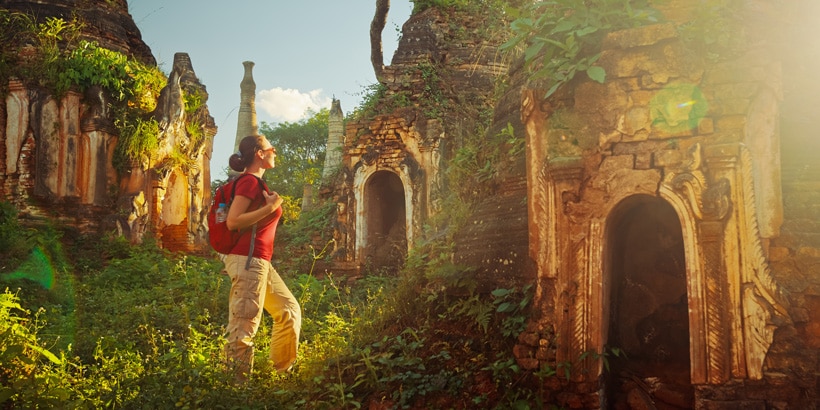 1. Venture into an ancient temple or pagoda

Just as ubiquitous as the marching monks and nuns, temples and pagodas are all over the place in Myanmar. 90% of the population is following the path of Theravada Buddhism, which focuses on individual’s serious pursuit in utter enlightenment. Driven by this, everybody strives to build his own pagoda. If you want to know what makes the Burmese probably the happiest people in the world, visit a pagoda or temple, you will find the answer.

2. Sunrise and sunset of a lifetime

Thanks to its approximation to the equator and geographic features of flat plains or lower land covering most of the country, Myanmar is widely known for awesome sunrise and sunset views. Being laid back as it is, you will always have a wide-open vista towards the horizon with few buildings, towers, power plants or whatever standing in sight. 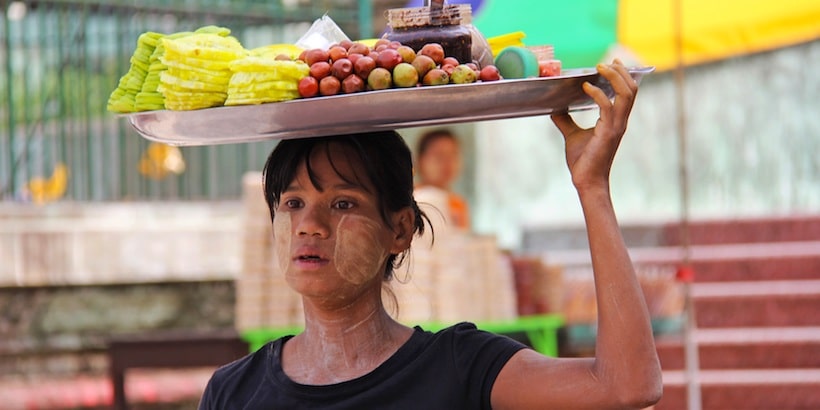 Visiting local markets has always been our first thing to do when we travel to a strange land. This is the place you see the locals at their easiest state and learn about what they eat or use on a daily basis. The sound and smells might be tough at first but once you get past that, such a being-in-the-moment experience will change your perception on the country and its people. 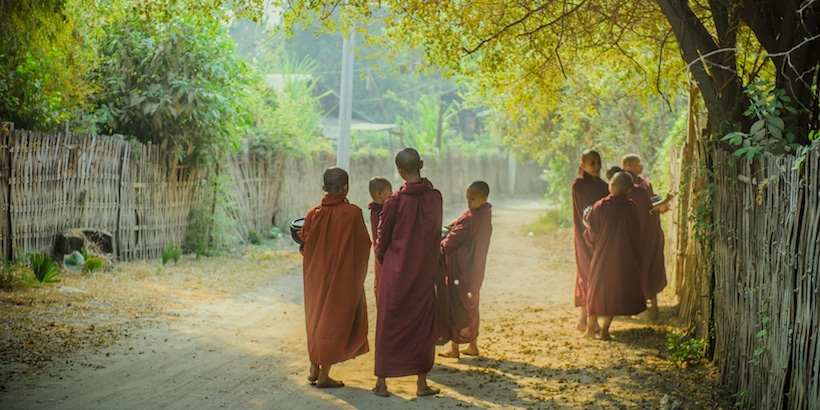 This might sound strange but monks in Myanmar are generally quite talkative. Burmese boys will be set to temples or monasteries while they are only 5 or even younger. Some will stay for a lifetime but those who wish to have a family would return to the mundane life. Either way is a path to adulthood, not an option. How they conduct their daily life, how they pursuit spiritual enlightenment and how this being-a-monk experience changed them? All the answers lie in a friendly conversation with a local monk. 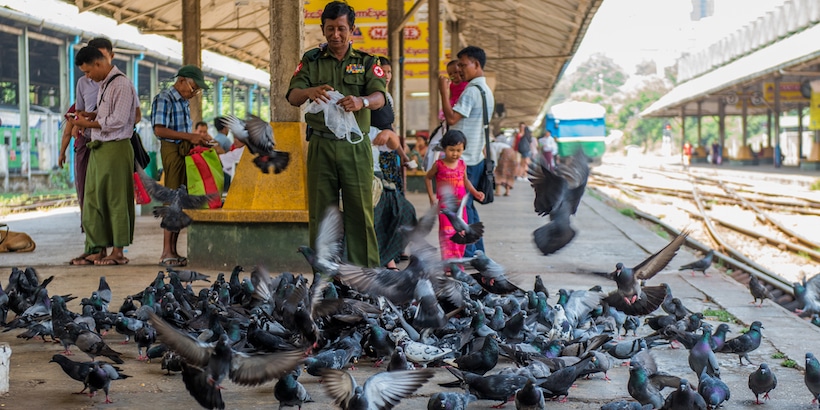 The slow ride on Yangon’s circular train often jogs our memories of roaming on train through Sri Lanka’s tea country. But instead of tea plantation, you see the cityscapes changing as all sorts of locals mingling around: farmers with loads of fruits, office lady, kids running around on the platform and those vendors who would share their snack with you for free. The entire ride is about 3 hours but we only pick the section in downtown area, which takes you from the heart of the city to a small local market. 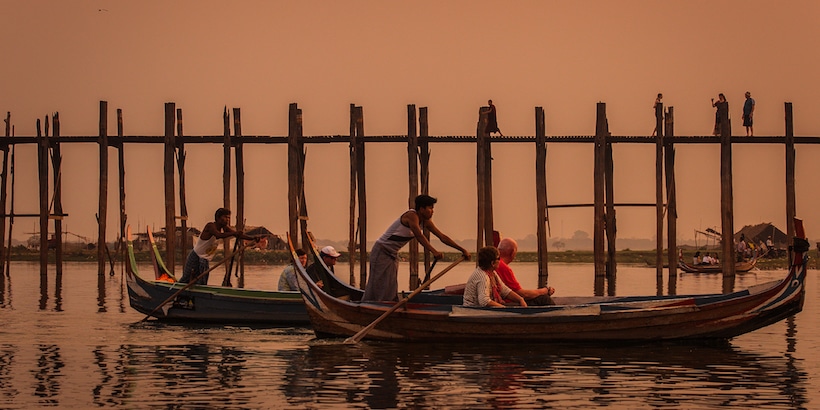 The great Irrawaddy River has countless tributaries across the country. Such advantage is not exclusive to the boat ride lovers; we arrange at least twice boat rides in our trips and most of our guests claim they’d come back for another ride. Most longboats are still man-rowed, unlike those motor rafts in Guilin or engine-driven long-tail boats in Bangkok. Two passengers would be just fine enough for one boat to stay in good balance. With a cold drink in hand, cooling air on the river, that’s a good moment to kick back and watch the sunset. 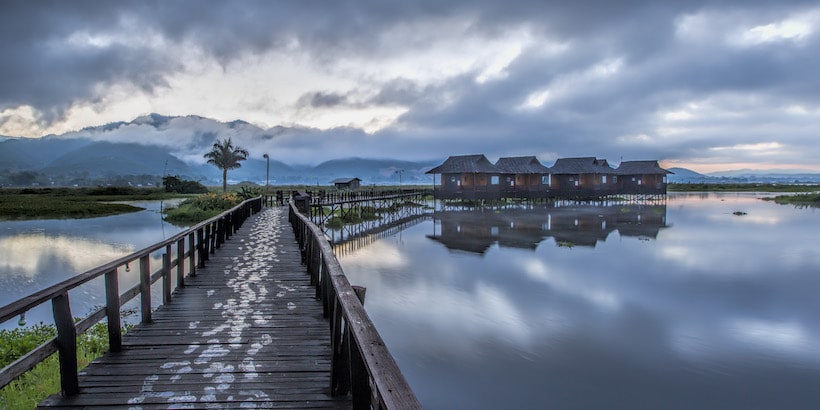 7. Spend your nights at a lakeside house in Inle Lake

No matter when you are visiting Myanmar, the heat can be unbearable and you are in desperate need for a cool retreat. That’s Inle Lake. This dreamy destination is situated on the higher land with the lake sprawling for miles and floating villages are constructed over the water. Peaceful life here reckons you of how life itself is supposed to be. A couple of leisure days at a lakeside resort is our idea of vacation in paradise. 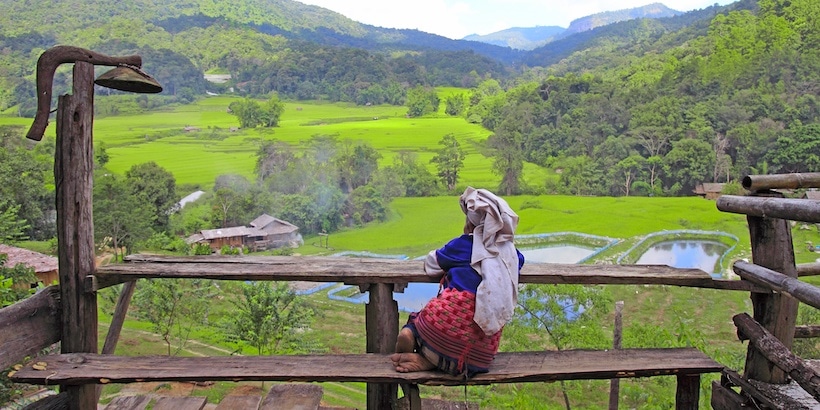 Trekking through Myanmar's remote mountain areas brings you to parts most travellers never reach. The higher altitude is a welcome break from the heat of Bagan and Yangon. Here's more on the best treks in Myanmar.

Discover Myanmar in Your Own Sense

Myanmar is never a luxury destination although travel cost doubles other Asian countries. Military dictatorship withholds the country’s development and now more to be seen with its arms opening.

Outlining what to expect from a trip to Myanmar, our experiences will help you discover this amazing country in your own way. Wondering what’s out there? Talk to our team now.